Photography Black and white with color 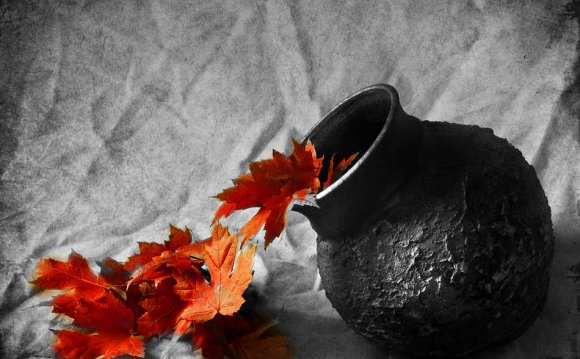 Eric: Quite often I am asked by the community when it is appropriate to have a street photograph in black and white or color. It is a question I grapple with myself daily as well, and I enlisted the help of James Maher, a talented New York street photographer to help write an article on it. I hope you enjoy it!

James: Street Photography has been around for a long, long time. And for all but the last 10 years, the photographer has had to make a choice before walking out the door: should I use color or black and white film today?

But these days we have an enormous luxury; we can make the color or black and white decision after the fact. And it can be tough to figure out.

I often see photographers these days mimicking some of the old masters and turning everything into black and white, or some never bothering to make any. It can be frustrating to see a great photograph not live up to its full potential because of a lack of thought into this issue.

So today I want to talk about how to best make this decision. It is important because it can change the focus of an image entirely and this is why it is the first thing that I try to decide when looking at a digital negative.

There is one main rule that I personally live by. If color doesn’t add anything to a scene, then I take it out. I believe that there should be a clear point that color adds to a photograph and if this is not obvious then it probably isn’t adding anything. This is just my own belief.

Now lets talk about the advantages of each. These will all be gross generalizations and are obviously not true in every case. It is an extremely subjective issue, so please join the discussion below if you have anything to add. I did a poll once on an image and was surprised to find that the split was 55/45 for color. Everyone has their own preference.

Why Black and White?

Without any color, every area of a photograph starts on an even plane for the eye and so it makes forms, shapes, lines and contrast much more prominent and important.

Blur and grain look much more pleasing in black and white. If you have a lot of color noise from shooting at a high ISO, then converting to black and white will fix this.

Since a majority of old photography was done in black and white, it can help a modern moment feel classic and timeless.

Patterns and textures can become more prominent or interesting. (Color can have the same affect as well.)

My opinion is that there is not much middle ground for color; it either adds or subtracts to a scene, but I think that the obvious starting point is that it often just looks prettier. It sounds so simple to say, but sometimes colors are so beautiful that you just can’t take them out, regardless of the content of the photo.

Color can enhance a humorous or playful situation.

Color can be important to the message of the photo, such as the photo titled “Blonde” above.

Color can add focus to the main subject if it is in a prominent hue. On the other hand, if an unimportant object is the most dominant color in a scene then this can significantly take away from the focus in the photo.

A play between two complementary colors can have a powerful affect on the dynamics of a scene.

Colors can be important to a culture. Recently, I had a chance to do some street photography in Mexico and the colors were such an interesting aspect of the surroundings that I couldn’t bear to take them out. I usually do around 75% in black and white, but here I left 99% of the photographs in color.

How I Decided on a Few of my Own Images

Here are a few of my photographs and why I chose to show them in either black and white or color. If you have any differing opinions then I would love to hear them.

In “Cat Call” I was conflicted. I like how it looks in black and white and I feel that it helps to focus in on the facial expression, which is the most important part of the photo. But this is a fun scene, and the face is already prominent enough in the color version that it doesn’t need more help. In color the sunflowers pop, which adds to the fun-loving aspect of this photo while also framing and bringing attention to the reflection of the person he is calling out to in the window.

My Verdict for “Catcall”: Color

“Hands” is a typical scene that I will see in color when there is no reason for it. The focus here should be on the hands and faces and black and white does it better. The colors in the two t-shirts distract too much as well and don’t really add anything. Also, there is some blur because of how quickly I had to catch this moment and this blur looks much better in black and white.

My Verdict for “Hands”: Black and White

“Metal Head” was a tough choice. Traditionally, I would have put this into black and white and at first glance I saw the orange in the background as distracting. However, I wanted this scene to feel more lighthearted instead of sad and found that the orange and color helped to bring this out of the photo.

My Verdict for “Metal Head”: Color

I thought I would throw in an easy one here. In “Under the Manhattan Municipal Building” the shapes of the lit areas, the deep contrast and the figures are so important. It is still powerful in color, but I feel that the color just gets in the way and muddles things up. In black and white, the forms are so much clearer, the figures more powerful, and the photo more timeless.

My Verdict for “Under the Manhattan Municipal Building”: Black and White

Once again, this is all subjective, so if you have any comments, questions or additional points, please add to the discussion or ask us about your own images.

Black and White with Color in Adobe Lightroom 4 and Adobe ...

Gimp - Black and White with Color