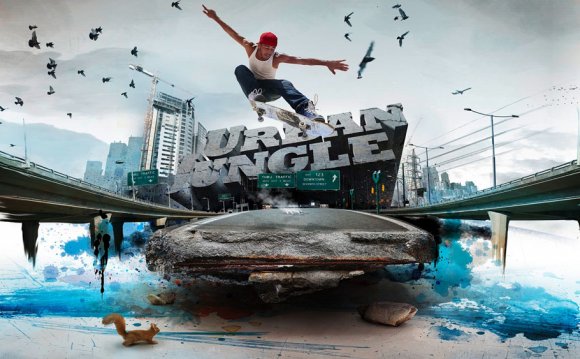 In the second half of the 19th century, elaborate drawings sketched by skilled medical illustrators, artists, and ophthalmologists were required to record the appearance of disorders of the eye. With the advent of photography, a more precise method of documentation became available.

Optical artifact that was not resolved until the late 1960's.

Current developments in computer hardware, electronic cameras, and imaging software have stimulated further evolution toward imaging without film. Digital Imaging is a broad term applied to the recording of images electronically, conversion of those images into a set of numbers, storage of those numbers in a computer, and manipulation with computer programs. Since the images are represented as numeric data, they can be transmitted over phone lines, satellite, or computer networks. All of the photographs on the OPS web pages are in digital form.

This technology provides a wide variety of new and different techniques which have greatly expanded the horizons of ophthalmic photography. The highly sensitive electronic cameras can successfully record the very low infra-red light emissions of Indocyanine Green dye, making this adjunct to fluorescein angiography practical.

Imaging with film and digital imaging are vastly different technologies which may appear on the surface to produce similar results. In order to make meaningful comparisons, it is necessary to have some understanding of each.

How does film work?

There are about 86, 400, 000, 000 sliver halide crystals in a 35mm photographic image. When one of these silver halide crystals is struck by a photon of light, a tiny spec of solid silver is formed. More light creates more specs of solid silver, none of which can be seen by the naked eye. When the film is exposed in a camera, dark areas in the scene produce few silver specs, and lighter areas produce more silver specs, creating a latent image on the film.

Once a latent image has been captured on the film, it is placed in a liquid developer which reduces the silver halide to metallic silver. Because the development reaction is strongly catalyzed by the presence of solid silver the areas of the film which were struck by the greatest amount of light are converted to silver first. The development process is halted by a stop bath before unexposed silver halide can be converted to metallic silver, the remaining silver halide is dissolved away with a fixing bath, and a black and white photographic negative remains.

Film emulsions can be made in different thickness' and with different combinations of halides that make them more sensitive or less sensitive to light. The ISO of the film is a rating of that sensitivity. A film with an ISO of 200 is twice as sensitive to light as a film with an ISO of 100. The ISO is often indicated as part of the film name, as in Ektachrome® 64. The sensitivity of a film to light is referred to as the film speed.

The silver in the processed film tends to clump together into small particles called grain. The grain pattern can be seen when photographs are projected or enlarged. Generally speaking, films with finer grain patterns are capable of resolving more detail than films with coarse grain patterns. Granularity usually increases as film speed increases.

One measure of a film's ability to record fine detail is it's resolving power. Film is exposed to a test object composed of alternating light and dark lines of equal width. Resolution is expressed as the number of these line pairs that can be distinguished in 1 millimeter of film. In order for the resolution number to be meaningful, the contrast of the original image must also be stated, since resolution decreases as the subject contrast decreases. A typical resolution might be stated as 125 line pairs / mm at 1000:1.

Although imperfect, resolution measured in line pairs per millimeter can be used in comparisons of film with digital images.

How Does Digital Imaging Work?

Simply defined, digital imaging is the representation of images as a set of numbers. In practice, it encompasses the electronic capture of images, their conversion to numeric data, the storage and retrieval of those data, and the manipulation, view and printing of the images.