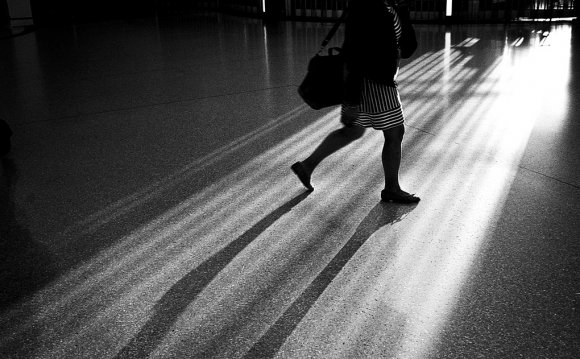 As with many photographers, I started by shooting black and white film in high school. At that time, however, I rarely included people in my photographs, which is good because I had no skill for helping them look their best in a picture.

Still, I found black and white photography perfect for my view of the world. I shoot primarily digital cameras these days, but my camera remains set to black and white at least half the time I shoot.

Yes, your camera can do black and white, too, and it probably has color filters for changing the tones—try Red. You could set the camera to shoot RAW+JPEG, but then you get two files, and the last thing I need is more pictures I’ll never look at again.

This is why it’s so powerful to have great software to make marvelous monochrome photographs. Everything I could do with films and a darkroom I can now do with apps like Tonality Pro, and I don’t have to dispose of caustic chemicals when I’m done and I only convert the pictures I know are keepers. I love it.

For this picture I simply clicked the Film emulation Preset for Kodak P3200 TMAX Pro.

Did you know that your camera can record 16 million colors in a jpeg file? That’s incredible. It’s also the antithesis of great black and white photography. One thing that all great black and white photographs have in common is simplicity; there’s nothing “16 million” about them. Not only is the color scheme simple, but if you choose simple compositions and simple processing you’ll also get better results.

Let me show you some simple pictures and some ideas for how to finish them off in Tonality for best results.

This is about as simple as it gets. You can look at this picture and say, “It’s a guy with a beard and a hat and it’s kinda dark, ” and that’s good: you should be able to describe the subjects of your images in a simple sentence. When I made this portrait, I wanted to show off a bit of ruggedness and also intelligence and thoughtfulness.

In Tonality, I knew my first stop would be the color filters. When you apply a red color filter, anything red in the pictures is instantly brightened. Skin tones are primarily red and orange, so this brightened his face right up with out adding noise by increasing exposure overall.

Old black and white film photography from way back when....