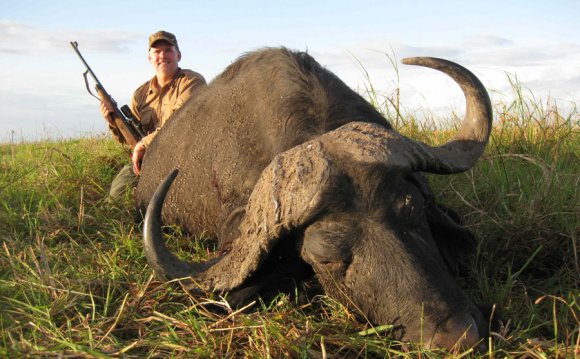 How to take a photo with a film camera

Photo: Need to take a photo at long range? Try a telephoto lens like this one, which is 400mm (~15 inches) long! Photo by Angela M. Virnig courtesy of US Navy.

When you're ready to take a photo, you point the camera at your subject, click a button, and the shutter opens briefly, allowing light rays to pass through the aperture and strike the film, usually for a fraction of a second before it closes up again. The incoming light rays cross over as they enter, with rays from the top of the object ending up on the bottom of the film and vice-versa, thus producing an upside-down (inverted) image on the film.

Film is very sensitive to light: only a tiny amount of light energy is needed to make a photograph and too much light will destroy it. To produce a perfect photo, you have to let exactly the right amount of light hit the film, which is called the exposure. The exposure depends on two factors: how long the shutter is open (the shutter speed) and how widely it's open (the aperture). Shutter speed is measured in seconds (anything from about 1/10, 000 second to 30 seconds); aperture is measured in units called f-stops (or just "stops" for short), such as f/4 and f/8, with higher f numbers meaning more light is let in.

Automatic, compact, "point-and-shoot" cameras produce a reasonable image with the click of a single button: they use photocells (electronic light sensors) to automatically adjust the shutter speed and aperture and fire out invisible infrared or ultrasound beams to set the focus automatically as well.

Most film cameras also have a viewfinder (so you can see how your photograph will appear), a xenon flash lamp (which adds enough extra light energy to activate the film, even in dark conditions), and self-timer mechanism (so you can photograph yourself without anyone's help). Inexpensive cameras generally have a viewfinder mounted to one side and above the main lens, so the image you compose is only an approximation of what you'll see on the final photograph. Professional cameras use a system called SLR (single lens reflex), in which prisms and mirrors allow you to look through the actual lens of the camera and see an exact replica of the photo you'll take. Most digital cameras (even inexpensive ones) produce a faithful copy of the final image, like SLRs, because the image you see on the LCD screen at the back is produced by the CCD that captures the final photograph.

While inexpensive point-and-shoot cameras generally have fixed lenses, professional SLRs are designed so you can unscrew one lens and screw in longer or shorter ones, as necessary, according to what you want to photograph. Lenses generally range from about 20mm (~0.8 inch) wide-angle lenses (for photographing something relatively wide and quite close) to 800mm (30 inches) or so ("elephant gun", telephoto lenses for taking very distant shots of quite narrowly defined areas).

In between these two extremes, a typical everyday lens is about 50mm (2 inches) long. Many modern cameras have zoom lenses, usually powered by small electric motors, that can be moved back and forth between two fixed points to provide a whole range of different magnifications.

Artwork: How an SLR camera works: 1) Light enters at the front and passes through the lenses (2) and iris diaphragm (3), which has metal blades that open and close to let in more or less light. Inside the camera, the light bounces off a hinged mirror (4) and shoots up into a penta-prism (5, five-sided prism), which bounces it into the viewfinder (6) and your eye. When you press the shutter (not shown), the mirror (4) flips down out of the way and the light from the lens (dotted line) passes straight through to the back of the camera, hitting the film instead (7). This type of design ensures that the image you see through the viewfinder is exactly like the image captured on the film.

How does photographic film work?

Many materials are sensitive to light. Leave a piece of white office paper in your window for a few weeks and you might well find it turns yellow; plastics that start off white or clear also have a habit of turning yellow or going foggy ("photodegrading") when they've been exposed to light for a while. The dyed colors in cotton clothes and fabrics will also fade in sunlight.

And if you're Caucasian, even your skin may change color after a few hours or days on the beach. But you can't really use paper, plastic, cotton, or skin to capture a picture!

Photographic film is plastic (or sometimes paper) that's coated with an emulsion made from microscopically tiny crystals of silver salts suspended in gelatin (a jelly-like substance found in sweets such as wine gums). The silver salts are compounds of silver and halogens such as chlorine, iodine, and bromine, also called silver halides—and their useful feature is the way they begin to change into pure, metallic silver when light falls onto them. If lots of light hits them, they change much more dramatically than if less light hits. This is how the two-dimensional pattern of light rays entering through the lens of a camera from the world outside forms a kind of invisible, chemical trace (called a "latent" image) on the surface of photographic film.

A light-sensitive slice of plastic film with an image invisibly imprinted on it isn't much use to anyone. To turn it into a recognizable photo, you have to develop the film in a darkroom (usually lit with red or green light that doesn't affect the film). This involves dipping the film in a series of chemicals, which convert the latent image captured by the tiny silver halide crystals into a visible image formed of larger silver particles, and also makes that image permanent.

First, the film is dipped in an acidic solution called developer, which encourages more of the silver halide to convert to metallic silver and renders the latent image visible. To stop this process continuing indefinitely, and ruining the photo, the film then has to be dipped in an acidic solution called a stop bath to neutralize the developer. Once that's done, the image is made permanent by dissolving any remaining silver halide using a chemical solution known as hypo (or fixer), before being rinsed clean in water and hung up to dry.