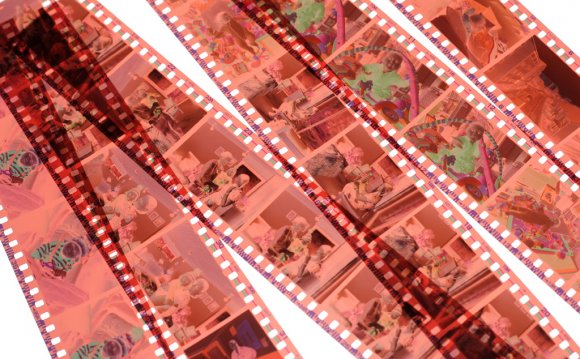 This tutorial will explain the process of developing T-MAX film as a simple step-by-step walkthrough. It's a great introduction to understanding how film development works, and how you can improve your photography by giving the process a try!

I strongly suggest that reading through the developing process before trying it. Chemicals require specific times and it is difficult to keep track of everything if you are not prepared and somewhat familiar to the process.

I choose T-MAX 100 because it has a very fine grain and it is the black and white developing process that I have had the best results with. This is what fully developed dense negatives look like. If results differ we will cover fogged flawed or thin negatives at the end of this tutorial.

It is important to remember the film is ISO 100 so make sure there is a strong light source for your photos. A tripod is recommended to take advantage of low shutter speeds. T-MAX is known to be unforgiving with incorrect exposure so bracketing is worthwhile.

Once the film has been exposed and the supplies have been gathered, it is time to mix the chemicals.

Start by mixing the developer at a ratio of one part developer for four parts water (1:4). It takes about 10oz of this mixture for each reel that will be developed. In most cases, two reels get developed at a time. Only mix as much developer the tank requires (don't premix and store).

Once T-MAX is diluted it is important to regulate the temperature at 72º.

Next, mix the stop bath. The stop bath should be diluted and stored in excess for later use. Mix with water at a ratio of 1:64. (stop ratio varies depending on the brand, it is recommended you second check the directions).

Fixer and Hypo Clearing Agent (HCA) should be mixed according to the package instructions. Powder fixers often come with the hardener included in one package. Other liquid fixers require mixing of 2 elements. Fixer can be reused so keep it in a sealed container. HCA can be reused, but because it is difficult to determine when it is getting weak, some photographers will discard it after it has been in the developing tank.