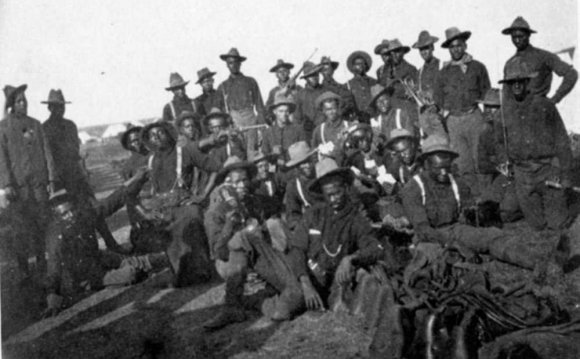 Bringing the Battlefront to the Homefront
Civil War Trust

While photographs of earlier conflicts do exist, the American Civil War is considered the first major conflict to be extensively photographed. Not only did intrepid photographers venture onto the fields of battle, but those very images were then widely displayed and sold in ever larger quantities nationwide.

Photographers such as Mathew Brady, Alexander Gardner, and Timothy O'Sullivan found enthusiastic audiences for their images as America's interests were piqued by the shockingly realistic medium. For the first time in history, citizens on the home front could view the actual carnage of far away battlefields. Civil War photographs stripped away much of the Victorian-era romance around warfare.

Photography in the Civil War

Photography during the Civil War, especially for those who ventured out to the battlefields with their cameras, was a difficult and time consuming process. Photographers had to carry all of their heavy equipment, including their darkroom, by wagon. They also had to be prepared to process cumbersome light-sensitive images in cramped wagons.

Today pictures are taken and stored digitally, but in 1861, the newest technology was wet-plate photography, a process in which an image is captured on chemically coated pieces of plate glass. This was a complicated process done exclusively by photographic professionals.

Cameras in the time of the Civil War were bulky and difficult to maneuver. All of the chemicals used in the process had to be mixed by hand, including a mixture called collodion. Collodion is made up of several types of dangerous chemicals including ethyl ether and acetic or sulfuric acid.

The photographer began the process of taking a photograph by positioning and focusing the camera. Then, he mixed the collodion in preparation for the wet-plate process.

- First, collodion was used to coat the plate glass in order to sensitize it to light.

- In a darkroom, the plate was then immersed in silver nitrate, placed in a light-tight container, and inserted into the camera.

- Next, the cap on the camera was removed for two to three seconds, exposing it to light and imprinting the image on the plate.

- Replacing the cap, the photographer immediately took the plate, still in the light-tight container, to his darkroom, where he developed it in a solution of pyrogallic acid.

- After washing and drying the plate with water, the photographer coated it with a varnish to protect the surface.

- This process created a plate glass negative. Once the plate-glass negative was made, the image could be printed on paper and mounted.

Camera: A History of Photography from Daguerreotype to ...

Napalm Girl - The Controversy Of War Photography I ICONIC ...