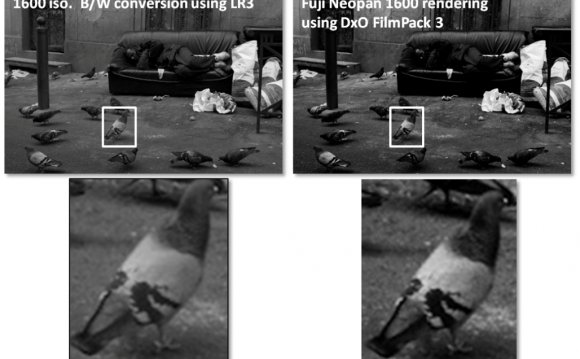 I was talking to a photographer friend about the post production he was carrying out on his “digital negatives”. It had not occurred to me that something similar goes on, with the application of Photoshop to a raw digital image, as with the chemical processing in a dark room of a traditional ‘chemical’ photograph. Thinking about this, I was surprised by how profoundly different these forms of photography are from each other.

The image on a chemical photograph is produced by photons striking the crystals of an emulsion and reacting with them. The contours of the negative produced occur down to a molecular level. The processing of that negative with chemicals continues to form the image on a molecular level. There is in this the natural mystery, serendipity and unknowability of any analog process. The image is as much a part of the world as a landscape, and is similarly a ‘fractal event’. You could no more identify the precise contour of a line on that image, than you could the coastline. However close you look you will find more detail.

A digital image is also theoretically limitless in its level of detail, but in a different direction: one of intention, experiment and iteration. It too is produced by photons making impressions on a substrate, but in this case that substrate is digital. Unlike the chemical photograph, the digital image occupies a precise grid of pixels, each occupying an x and a y, each holding a range of numerical values.

The value of each pixel will lie on a scale between black and white, or of hue and depth of chroma, but this scale will have a fixed number of gradations. A pixel can have a value, or a value one lighter, but not a value in between.

When a digital image is processed, the variations that are produced occur not as a result of physical interactions – as occurs with the chemical washes on the chemical photograph – but as a consequence of the algorithms that are processing the pixel values. Of course, we can keep adding more resolution to our digital image, by adding more pixels. And we can add more values to our scales for each pixel by making the ‘widget’ more sensitive to the frequency and energy intensity of the photons hitting it. But the resulting image will always be restricted to the ranges of numbers that we choose to ‘fit it into’.

Of course we may be able to increase the resolution of our ‘matrix’ to the point where its pixels are the size of molecules, or even smaller. But our digital image would still consist of numbers. And the way we would process it must still be through algorithms. Until our digital substrate becomes identical with physical reality, there will be an uncrossable barrier between digital and chemical photography.

FIlm vs Digital Photography: The medium is the message