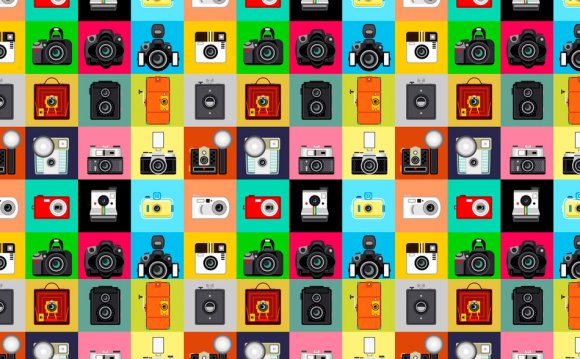 A Brief History of Photography

Around the 16th century, J. B. Porta (1541-1615), a wise Neapolitan, was able to get the image of well-lighted objects through a small hole in one of the faces of a dark chamber; with a convergent lens over the enlarged hole, he noticed that the images got even clearer and sharper. The dark chamber was thus created. The alchemist Fabricio, more or less at the same period of time, observed that silver chloride was darkened by the action of light. It was only two hundred years later that the physicist Charles made the first photographic impression, by projecting the outlines of one of his pupils on a white paper sheet impregnated with silver chloride. The outlines were white over a dark background. That rudimentary image, however, dissipated when exposed to light. In 1802, Wedgwood reproduced transparent drawings on a surface sensitized by silver nitrate and exposed to light. Nicephore Niepce (1765-1833) had the idea of using as sensitive material the bitumen, which is altered and made insoluble by light, thus keeping the images obtained unaltered. He communicated his experiences to Daguerre (1787-1851) who noticed that a iodide-covered silver plate - the daguerreotype -, by exposition to iodine fumes, was impressed by the action of light action, and that the almost invisible alteration could be developed with the exposition to mercury fumes. It was then fixed with a solution of potassium cyanide, which dissolves the unaltered iodine.

The daguerreotype (1839) was the first practical solution for the problem of photography. In 1841, Claudet discovered quickening substances, thanks to which exposing times were shortened. More or less at the same time period, English William Henry Talbot substituted the steel daguerreotype with paper photographs (named calotype). Niepce of Saint-Victor (1805-1870), Nicephores cousin, invented the photographic glass plate covered with a layer of albumin, sensitized by silver iodide. Maddox and Benett, between 1871 and 1878, discovered the gelatine-bromide plate, as well as how to sensitize it. Vogel, in 1875, sensitizing emulsions with small increments of organic composites, broadened the span of actinic radiations, that is, able to impress the photographic plate.

With the development of the computers and digital images, celluloid film rolls will be replaced by chips that are more practical and have greater capacity of image storing.

The History of Photography in 5 Minutes | memolition

A Brief History of Photography: Innovations in Chemistry ...