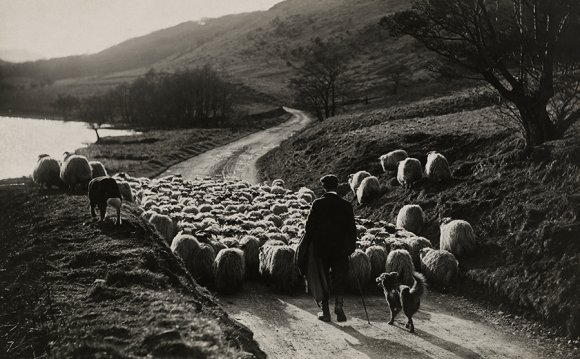 Fourteen years after the attacks on the World Trade Center, I asked seven New York-based National Geographic photographers to share an image of theirs that they considered emblematic of the city post 9/11. I wanted to know if New York had changed, and if so, how it was manifested visually. The images they shared were a mix of journalistic, conceptual, and historic—ranging from the moment of impact to the memorial. Their images and stories capture a city still haunted by absence, the contradictions of war and freedom, and joy and hope for the future.—Jessie Wender, senior photo editor

I was in New York for 9/11. I photographed both towers coming down from about 15 blocks away. Later that year I moved into the building in Brooklyn where this photo was made. It was made on the same rooftop where some of the most dramatic pictures of the planes crashing into the World Trade Center were taken by National Geographic photographer Robert Clark.

After 9/11 New York changed and at the same time remained the same. This is a fantasy art photograph and is part of the Magnum Nudes portfolio. In the background you can see the new Freedom Tower under construction at the site of the original Twin Towers. While this photo has nothing to do with the horror of 9/11 it does represent New York as the art capital of the world. New Yorkers had to carry on, the artists among them. Today New York has more than bounced back from 9/11, and yet the scars will always remain.

The horrors of an often unjust world have throughout history been balanced by the artistic side of mankind—perhaps our saving grace. New York has survived and thrived in this sense.—David Alan Harvey

I have looked at the slides that I took on 9/11 on three occasions. The first time was the day I shot them, when editors at Time magazine honed in on the four that were used in the 9/11 special edition.

The second was the day they were delivered back to me from the magazine. I had never seen the images taken out of the slide mounts. I looked at them and then put them away. To be clear, I had seen, printed, and sold the scans of the pictures from the four-photo series but left the originals, as well as the rest of the 45 rolls that I shot, unedited.

The third time was when I was asked to write a blog post about my images for Proof.

I have always kept a distant relationship to the images. I’m not sure why … Maybe because the importance of the images made me uneasy. First and foremost, witnessing the tragic loss of so many innocent people continues to affect me. But also, on a professional level, I have never come to grips with what I captured and how it has affected my career. I’m not a war photographer, but I captured the most devastating attack on American soil in my lifetime. My most famous photographs are so foreign to me, in many ways.

It is a pretty straightforward story. I received a call from my girlfriend (now my wife), and I turned and looked at the building that had been hit. The first few frames were shot from my apartment. I then ran the seven flights of stairs to the roof of my building. At about 9:03 a.m., United flight 175 slammed into floors 75 to 85. I captured the plane in two frames. I kept shooting, stopping only to change film. The roof of my building started to fill up; people cried and hugged and stared in disbelief. My first clear thought was that I was watching the world change.

Over the years the pictures developed a second life, moving away from breaking news coverage to usage in history books [and] museum exhibits and purchased by private collectors. As one war historian said, “It is not often that we see pictures of a war starting.” Occasionally, the images will come to my mind, and the memories of that day will flood in.