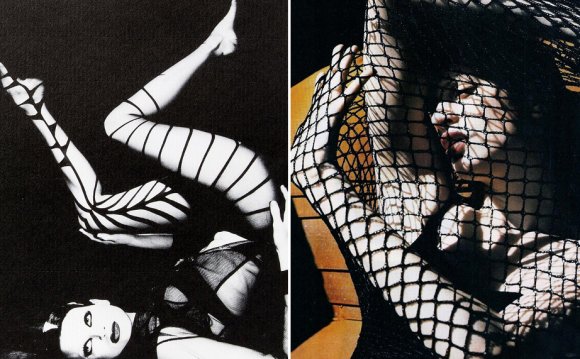 The history of fashion photography has shown to reflect not only the changing face of cultural values of society, but also the contemporary desires and fantasies of the consumer.

In the early 20th century, following advancements in photography, magazine editorials Vogue and Harper’s Bazaar saw significant potential in the newly discovered and growing relationship between photograph and print.

What started out as a dare to photographer Edward Steichen to showcase the artistic value of photographed gowns caught on, and by the 1920’s, fashion photography was a mainstay theme for the two leading magazines, replacing previously drawn illustrations.

During the time of the Roaring 20’s, the photographic mood was set by artists such as Salvador Dali who offered Surrealistic escapes from the every day-to-day reality of modern life. Man Ray proved to be a leader in the avant-garde style of photography which aimed at tapping into the unconscious of the individual. Photographers Horst P. Horst and Baron George Huyningen-Huene also experimented with classical themes and the importance of light on the subject.

In 1947 Christian Dior introduced his “New Look” fashion line, which featured accentuated curves in woman’s wear with the hip being prominent. The line was a huge success, and was hugely popular in Europe and in Hollywood.

The feminist awakening continued with photographer Richard Avedon, whose models posed in spontaneous and creative poses. Two of his most famous portrait models, Twiggy and Jean Shrimpton, became household names, and would become icons.

The 60’s revolution saw further break from classical conventions as fashion broke the mold introducing new stylization in patterns, coloring, and design, as well as becoming looser fitting. Society took these fashion trends to heart, and these clothing elements would later become inspiration for the liberated hippie ensemble.

By the 1970’s, with feminism reaching a new social-political importance, the woman in the photograph represented as much, if not more, than the fashion behind the image. Femininity gave power to the clothes.

“Pret-a-porter”, or ready to wear, clothing changed consumerism forever as jeans and easily accessible clothes were made ready for public consumption. Fashion advertising and commercialism skyrocketed, as did demand.

With consumerism exploding into the 1980’s, fashion became a powerful piece in the hodgepodge mixture of consumer interests, often being featured alongside music and trends in magazines.

Fashion photographers were now approaching their work from a mass marketing point of view, and photos were being composed with the capitalist dollar in mind.

The 90’s, in contrast, saw fashion photography celebrating the lives of everyday people. Over-sensitized to the consumerist spin of the previous decade, over-the-top glam grew tired in the eyes of the public; it was no longer relatable and the marketing effort was too obvious.

Models and campaigns were encouraged to act as “natural” as possible, and the shift in the fashion photography pendulum shifted from consumerism to art in regards to composition and meaning. Minimalistic themes became common, and every individual was uniquely beautiful.

In the post-modern fashion photography world of today, the line between commercial and aesthetic is continuously being blurred. Where art ends and advertising begins is sometimes difficult to differentiate, especially when new technological tools give photographers endless editing capabilities.

Fashion photography has become a narrative for the consumer to make sense of, and perhaps apply to their own lives. Photographers such as Ellen von Unwerth and Annie Leibovitz showcase themes such as the luxurious lifestyles of celebrity and the exoticness of beauty.

Given recent technological advancements, it will be interesting to see how the art of fashion photography evolves and to see what themes will entice the next generation.

A Centenary of Fashion Photography | Euromaxx