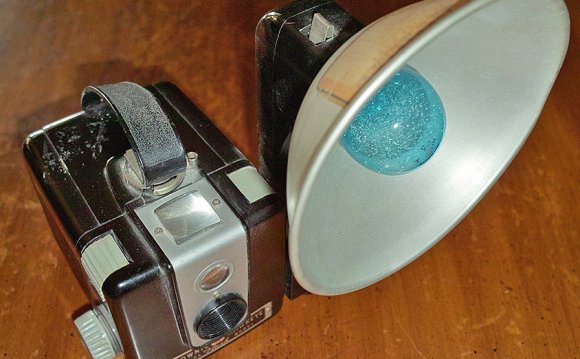 How is a photograph created? Through light. Actually, every aspect of photography is dependent on light: light is what is captured by the film, light reflects off different objects making them visible and creating color. Well, what happens, when there is no light or there's only little of it?

In this article we will explore every aspect of the artificial lighting evolution starting with early chemicals, flash powders, and moving on to flash bulbs and electronic flashes.

In the early days of photography, the only source of light was, of course, the sun. So mostly photography depended upon long days and good weather. It was obvious that artificial light would be indispensable: not dependent on the sun anymore, pictures could be taken where natural light wasn't sufficient, or on dull days when studio work was impossible.

The first artificial light photography dates back to 1839, when L. Ibbetson used oxy-hydrogen light (also known as limelight, discovered by Goldsworthy Gurney) when photographing microscopic objects. Limelight was produced by heating a ball of calcium carbonate in an oxygen flame until it became incandescent.

Despite being used widely around 1839-1840, the results of using the chemical were rather poor: chalk-white pale faces and a harshly lit picture, an effect created due to the imperfection of the light source and differentiation of the reflectance of different parts of the scene (due to different distances and materials).

Attempts of using limelight and other chemical sources for lighting the picture can be considered to have been a failure, either because they did not contain the rich blue, that the plates of the day required, as well as due to the chemical's low intensity.

Other possibilities had to be explored. Nadar – an early French photographer and journalist – for example, photographed the sewers in Paris, using battery-operated lighting. Later the arc-lamps were introduced to aid photographers, but it was not until 1877 that the first studio using electric light was opened.

Powered by a gas-driven dynamo the studio by Van der Weyde in Regent Street, had the light sufficient to allow exposures of 2 to 3 seconds.

Despite being quite a step forward in artificial lighting development, the early chemicals could not provide the satisfying result for the photos. Producing a shorter, and therefore more predictable flash became the goal. There was one solution: magnesium.

In 1862 Edward Sonstadt began experiments to prepare the metal on a commercial basis and by 1864 magnesium wire was finally placed on sale.

The wire was extremely expensive, but following an extremely successful demonstration in February the same year, where a photograph was produced in a darkened room in only 50 seconds, the highly actinic light proved ideal for photography and became incredibly popular.

The technology of the wire wasn't too complicated. Magnesium was burned as a wire or ribbon twisted into tapers or clockwork lamps with a reflector. There were different lamp designs, each for different use. Despite different ways of using the magnesium, there were no ideal variant for this method.

Burning was often incomplete and unpredictable. Exposures varied considerably and the air remained laden with grey, opaque fumes, making the method unsuitable for studio use.

Even more, the technique was not without its obvious dangers and it also released a lot of smoke, smell and a fall-out of white ash.

Nevertheless, magnesium lamps gained in popularity through the 1870s and 1880s despite the expenses and danger. Trying to solve the unpredictability of the popular magnesium technique, Charles Piazzi Smyth, experimenting in the pyramids at Giza, Egypt, in 1865, had attempted to ignite magnesium mixed with gunpowder. The resulting picture was quite poor but the principle of combining magnesium with oxygen-rich chemical resulting in a combustion was developed.

In 1887, Adolf Miethe and Johannes Gaedicke mixed fine magnesium powder with potassium chlorate to produce Blitzlicht. This was the first ever widely used flash powder. Blitzlicht gave the photographers the ability to produce instant photographs at night at a very high shutter speed. This caused quite an excitement in the photography world.

Being the explosive that it is, flash powder accidents were obviously inevitable. Simply grinding the components was dangerous enough, and a number of photographers died while either preparing the flash powder or setting it off.

In the beginning of the 20th century, the flash powder formula was refined and improvements were made to make the process simpler and safer. The flashes now lasted for 10 ms only, so subjects no longer closed their eyes during the exposure which helped portrait photography.

There were still enough disadvantages to the method, for example, the smoke was still causing trouble, making studio work quite difficult, so another invention was awaited.

In his experiments in underwater photography in the 1890s, Louis Boutan – a French zoologist and a pioneer underwater photographer – used a cumbersome magnesium lamp. Powdered magnesium, sealed in a glass jar fixed to a lead-weighted barrel to supply oxygen during burning, was ignited by means of an alcohol lamp.

The History of the Kodak Brownie