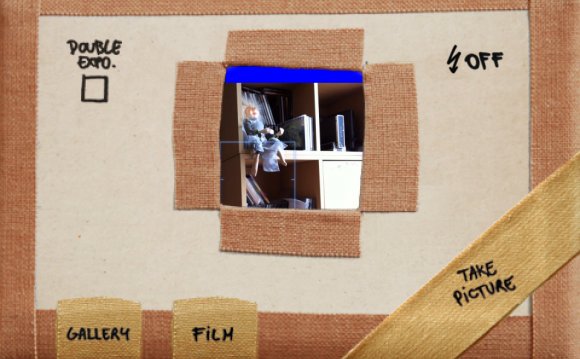 Pinhole imagery may be photographyÃƒ­s equivalent of drawing with chalk. Simple. Cheap. Accessible to anyone. Capable of astonishing, sophisticated results. This is photographyÃƒ­s sleight of hand. The fact that we can produce a quality image on sensitized materials without a lens fascinates and inspires. Out of nothing comes something‚ and all that. Our work can be as studied and precise as traditional view camera photography or as spontaneous as loading some 1600 speed film in a 35mm camera fitted with a pinhole body cap and taking pinhole snapshots.

One of my first decent images. The camera was made from an empty box of 5×7 enlarging paper. The film was Kodak Commercial, unfortunately no longer manufactured, which was capable of excellent tonality and could be developed by inspection, as we do prints, under a conventional red-amber safe light. Enlarging paper and lith film can both be used as a negative material and developed by inspection. A decent, normal tonality can be produced on lith film by employing a dilute film developer, for example, D-76 diluted 1:3 or even more.

I have some things to say about the character of the pinhole image but letÃƒ­s get started. I will leave the technical details of image formation, how a pinhole actuallyƒ¬works, Ãƒ® to the references on myWeb Resources page.

Just about any camera or anythingfor that matter can be turned into a pinhole camera. A 35mm SLR. A view camera. Old 120 folder. Sheet film or enlarging paper boxes. Shoebox. Candy tin. Suitcase. A Volkswagen van. They have all been tried and succeeded. While many commercially made cameras are now available, you can see the wide range of types and prices at thePinhole Resource web site, I am a strong believer in make-it-yourself. This is a great part of the fun and sense of accomplishment.

Save all those round holiday and gift candy and cookie tins. With their gentle curvatures and quality construction, they make great pinhole cameras. Refinements include matte board film retainers inside; and a T-nut can be glued through the bottom for a tripod socket. If the T-nut projects inside the tin, remember that it will cast a shadow on the film. That strip can be excluded in printing or the matte board rail canƒ¬hoistÃƒ® the film above the level of the T-nut. Remember, also, to close off the center of the T-nut with tape; otherwise, light can come through and fog the negative.

What do I take pictures of? Anything you care to. No matter the format, this topic often stymies us, for so much excellent work has come before us. Worse, at many college programs, the cry is for originality-whatever that is. If we start by taking pictures of what interests us, our friends, our house, a favorite lake, our vacation, that lamp in the corner, and get immersed in the core elements of light, form, texture, all else will follow. DonÃƒ­t be afraid of trying something no one else has tried. More importantly, donÃƒ­t shy away from doing something whose potential seems long exhausted. Yes, I can talk up a storm with the best of them, but when it comes to art, I feel that images must precede ideas. This is our quiet time.

My bread and butter sheet film camera (this one is for 4×5 sheet film), built right around a conventional sheet film holder. Inside is foam board, including rails to guide and secure the film holder and its end flap once the slide is pulled. This last point is an important one. Otherwise, the film holder end can flip open, making it difficult or impossible to remove the holder. I made this mistake early on and have plenty of fogged films to prove it. The outside is made of pizza box cardboard. Regular ElmerÃƒ­s Glue (white glue) works great and is safe to handle, avoiding potentially hazardous volatile glues that can also melt foam board. Note the yellow filter taped over the pinhole and sight lines on top. A T-nut, available at any hardware store, glued into the bottom serves as a tripod socket.

how to make a pinhole camera