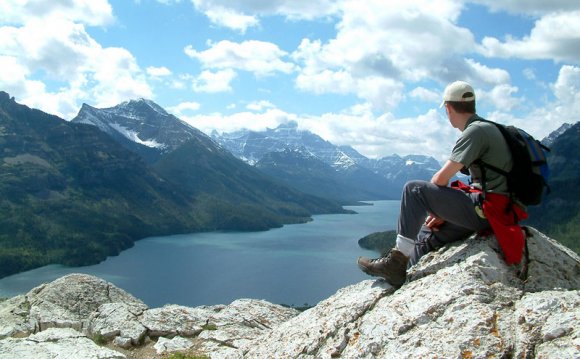 2. Adjust Exposure Compensation. As long as you aren't shooting in full manual mode, your digital camera is making decisions that determine the exposure of a photo—in English, how light or dark the shot appears. Generally speaking, a camera looks at a scene and tries to determine the appropriate exposure based on the correct lighting of an 18-percent gray card, which is why there are special scene modes for snow—without them, the camera would try to make the white snow gray.

If a photo is too light or dark you can either delve through the dozens of scene modes that are available in modern point-and-shoot cameras, or simply dial in a bit of exposure compensation. Many cameras have a physical button or dial for this, identified by a +/- symbol. If your photo is too dark, move the scale up above zero; if too light, move it down a bit.

3. Choose the Right Mode. Your camera is likely to have scores of shooting modes, ranging from fully automatic operation to very specific scene modes. If you're shooting fast action you can put the camera into Shutter Priority ("S") mode and increase the speed at which a photo is taken—setting it to 1/125 second or faster will help to freeze action, and for really quick subjects (like the hummingbird below), use as short a speed as possible to freeze motion. In lower light you can use Aperture Priority ("A") mode to make sure as much light is entering the lens as possible, or if you're shooting landscapes on a tripod you can close the lens's iris to increase depth of field, keeping everything in sharp focus from the foreground to the horizon. If you're a D-SLR shooter, you're more likely to use the A or S modes, while point-and-shoot cameras will often feature more specific modes that cater to activities like sports, low-light use, or landscape shooting.

4. Think About Lighting. Pay attention to how much light you have and where it's coming from when taking your photos. If you're shooting outdoors, be careful not to take photos of a person when the sun is at their back. If you're grabbing a photo in front of a monument or landmark and don't have the flexibility to adjust your position you can use the camera's flash to fill in shadows. You may have to manually activate the flash, as there's a good chance that the camera will think that it's unnecessary on a bright day.

5. Use Your Flash Wisely. Many a photo has been foiled by a flash firing too close to a subject. If your friends and family look like Casper the Friendly Ghost when you photograph them, chances are that you're too close when snapping your photos. If you need to activate the flash, back up a bit and zoom in to get the proper framing. If things are still to bright—or too dark—check and see if flash compensation is an option. Many cameras allow you to adjust the power of the flash, which can help to add better balance to your flash-assisted photos. Adding just a little bit of light makes it possible to fill in shadows, resulting in a more natural-looking photo.

6. Add a Flash Diffuser. If dialing down flash power isn't an option, you can also add a diffuser to help spread the light out. Smaller flashes aren't able spread light across a large surface area, giving your subjects a deer-in-the-headlights look. Point-and-shoot users can tape a bit of wax paper over the flash to soften its output. D-SLR users are best served by using an empty 35mm film canister—the milky variety used by Kodak—with a bit cut out so that it fits snugly over the flash. Photojojo has a tutorial that will walk you through the steps. If you don't have any film canisters lying around, try asking at your local drug store or department store minilab—they're bound to have dozens sitting in a drawer, and will gladly part with one. If making your own diffuser doesn't sound like your cup of tea, consider the Gary Fong Puffer, a accessory that will look a bit more professional when mounted on your camera.

7. Watch Your White Balance. Your camera will try and set white balance automatically based on the type of light in which you're shooting. Different light casts different types of color—sunlight is very blue, tungsten lighting is yellow, and fluorescent is a bit green. In many cases, the camera will automatically detect what type of lighting you're under and adjust the color in photos so that they look natural. But when White Balance isn't right, you can get results like you see above—the image on the left is correctly balanced, and the one on the right is way off. If you're shooting under mixed lighting, or if the camera is just having a hard time figuring things out, you can set the white balance manually. On most point and shoots you'll have to dive into the shooting menu to adjust this, but many D-SLRs have a dedicated White Balance button, often labeled "WB." You can correct color in iPhoto or Picasa later on, but you'll get better-looking photos if you get the white balance right in the first place.

8. Use a Tripod or Monopod. Sometimes, the best way to get your shot perfect is to take some extra time. Using a tripod will allow you to set up framing, and can come in handy—along with your camera's self-timer—for getting that shot of you and the kids in front of Mount Rushmore. You can get away with an inexpensive tripod if you're a point-and-shoot user, although spending a bit more on a brand like Manfrotto or Gitzo will result in much less frustration than with the bargain brands that you'll find at the local five and dime. D-SLR users should definitely put care into selecting a tripod, as a set of legs and a head that are sturdy enough to hold the camera are paramount.

If you're more of a run-and-gun shooter, a monopod—which is just like it sounds, a tripod with two of its legs missing—will help you stabilize your shots. Great for use at zoos and sporting events, a monopod is supplemented by your two legs in order to add stability to your camera—without the sometimes-cumbersome setup and breakdown required with a good tripod.

9. Be Selective. It's easy to take hundreds of photos in a few hours when shooting digitally. But don't just dump your memory card and upload all of the images to Facebook. You should spend some time going through your photos so you can eliminate redundant shots and discard photos that may be out of focus or poorly composed. It's better to post a few dozen great photos by themselves rather than the same good photos hiding among hundreds of not-so-good ones.

10. Don't Forget to Post-Process. Consider using a program like Picasa or iPhoto to organize your photos. Either will allow you to crop, color-correct, adjust exposure, remove red-eye, and perform other basic editing tasks. Performing some very basic editing on a photo can help improve its quality drastically. Cropping a bit can help with composition, and you can also rotate a photo so that horizon lines are straight. Getting your photos right in-camera is the larger goal, but there's no harm in a bit of retouching.