History of Photography in Australian 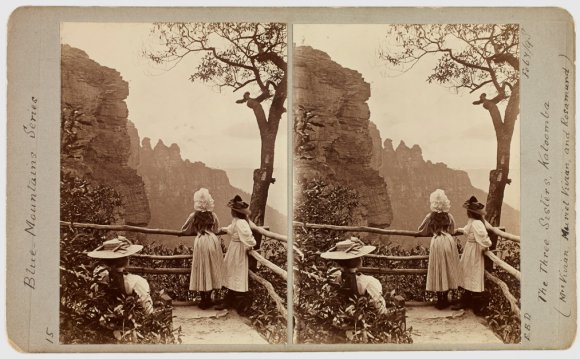 War and photography have a close association in Australian history. Some of Australia’s first photographs were taken by military figures, and the country’s military culture has been a regular subject of professional and amateur photographs since the mid-nineteenth century. Many of these photographs have become Australian icons and play a vital role in the nation’s memory. Many of the key examples from this history are held in the Australian War Memorial’s collection of photographs, a collection established to honour the men and women who served Australia in times of war. It now stands as one of the country’s largest and most historically significant photographic archives.

Contact presents the first, authoritative survey of the Memorial’s photographic collection and of the history of Australian war photography more broadly. It features over 200 photographs, drawn from the work of the many official, commercial, and amateur photographers who have recorded the Australian experience of war. These beautifully reproduced images provide a sense of the breadth of the Memorial’s collection, and include many of its best-known works. Contact also uncovers many of the collection’s hidden treasures, including the work of the many soldiers and nurses who privately photographed their own experience of war, and the photographs displayed in Australian homes to commemorate the service of family members. These photographs are reproduced alongside a detailed discussion of the history of Australian war photography and the Memorial’s photographic collection. Together, pictures and words present a powerful account of the important place these photographs hold in Australian memory.

Introduction to Contact: Photographs and the modern experience of war

With the appointment in late 1916 of Australia’s first official war photographer, Herbert Baldwin, the photograph was harnessed to the task of telling the story and commemorating the history of Australians at war.For Charles Bean, Australia’s first official war historian and the founder of the Australian War Memorial, the photograph formed part of a broader national archive comprising written accounts, relics, and other pictorial records that together would tell the story and commemorate the history of Australians at war. For Bean, the photographs would have a very particular character, which he worked hard to maintain: they would represent objective, straightforward records of the events, personalities, landscapes, and effects of the Australian war experience which would preserve forever the memory and the sacrifice of those involved.

The photograph would in turn perform a vital function in the national memory of war. It would be of invaluable service to those who, after the event, attempted to piece together its fragments and make sense of the experience and sacrifice of Australians. Further, it would provide an indelible and incontrovertible image of a cornerstone event in the course of Australian history; according to Bean, “the history of [the Australian] race will be preserved and illustrated” within it. These were big, important claims. These photographs would portray some of the defining moments in the young nation’s history against which Australians would forever judge themselves.

The archive of First World War photographs developed by Bean and taken by Baldwin, Frank Hurley, and Hubert Wilkins, among others, was indeed used in this way, even when the naïve faith in the photograph’s realism that underpinned the archive was abandoned. When Australian soldiers departed for the Middle East and the Second World War, photographs of their First World War ancestors were readily invoked in the pages of the country’s media. These photographs reminded Australians that the new ANZACs belonged to an important historical tradition, and in turn lent to the men and women who went away in 1940 a readymade package of meanings and associations.

A vast, highly organised photographic undertaking – the size and scope of which has not been seen since in this country – followed Australians into the Second World War. Between 1939 and 1945 hundreds of men and women photographed its events in great detail, both for the historical record and to promote the war effort. Among these photographers were some – Damien Parer and George Silk being the most notable examples – who would become household names in Australia; their work became part of the everyday fabric of Australian life and an integral component of discussions about the war and its course. At the same time, the photograph became highly politicised: despite its apparent realism the photograph could be manipulated. What made the photograph ideal for the historical record also made it ideal for propaganda purposes, and a single photograph could be used to promote a range of competing aims.

The History of Photography in 5 Minutes - The Best of ...