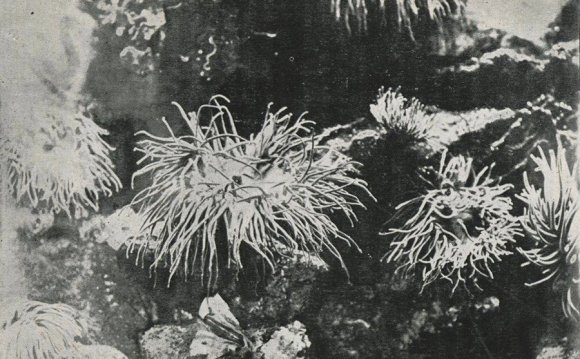 Underwater photographers we wanted to be.

It was discouraging to tell your best diving stories and no one believed you. “Oh sure, what a yarn of wool, ” people would say.

Topside photographers already had their own handmade Plexiglas or metal waterproof camera housings by the turn of the 1950 era. To name a few, they were Lamar Boren, Mart Toggweiler, Parry Bivens, Homer Lockwood, Rory Page, Chuck Blakeslee, Jim Auxier, Dr. Nelson “Doc” Mathison and so many more divers.

By 1954, Zale Parry was waiting for the delivery of her Rolleimarin. She ordered it with the winnings she earned on Groucho Marx's TV show, “You Bet Your Life”. What a thrill to finally take a camera underwater! The order included a Rolleiflex camera with a 3.5 lens since her Ciroflex 2.8 lens (similar to Rolleiflex) didn’t fit that miracle Rolleimarin housing. However, color was expensive. So be it...black and white film with twelve exposures to a roll was the way to go. Ah, bring back the sights! By 1955, Al Tillamook had Earl Shugarman, Executive Field Service Manager with Sportsways, Inc., design and manufacture a Plexiglas housing for his 16mm electric eye movie camera ready to use.

With a coterie of acquaintances, many by this short time, having homemade camera housings and lights to add to their diving gear, it was time for a gathering. Al Tillman, Earl Shugarman and Zale Parry met to propose a club so that everyone interested could get their underwater pictures out of shoe boxes and dresser drawers to share underwater treasured stuff and experiences. It would be a show-and-tell sort of club. Later a healthy, educational competition ensued.

By way of an announcement, calling a gathering of all underwater photographers of the Los Angeles area, in the August 1957 issue of Skin diver Magazine, The Underwater Photographic Society gave birth to its first chapter in Los Angeles with a meeting in September 1957.

We met in a Los Angeles Parks and Recreation facility or a member’s home once a month. Later, member Ed Nelson generously offered a meeting room at the Union ice House in downtown Los Angeles where we met regularly. Zale put the newsletter together for a number of years. Postage was a mere pittance then to send a one page goodie letter. The response was wonderful.

The first gathering had good attendance, eager enthusiastic members who inspired each other with housing, photos and angles of lights. It was all fun. Al Tillman was the “write man, ” “the idea guy” and “the leader”. Together we had been through numerous diving experiences and events. Most often we’d meet at Zale’s house, which was filled with diving memorabilia and medical books from husband Parry’s studies to become a doctor, to brainstorm the new club’s thoughts and directions. Boat trips were scheduled thoughout the year. The gathered members were mutually happy underwater wanderers and photographers.

Several sample designs were submitted by artistic club members for the Underwater Photographic Society logo. Again, we were at Zale’s house at the kitchen table. Norman Robinson remembers cutting fish shapes out of construction paper to make a design. Bob Figueroa’s creation was chosen. It’s a beauty that says our name with clarity and simplicity. It is still used today...the camera with the fishes; the colors are blue, red and black. The word UNDERWATER is inscribed on the forehead of the camera. The words PHOTOGRAPHIC SOCIETY ride the lower circle of the patch-design. One fish appears at ten o’clock heading toward the east; one fish at nine o’clock heading toward the west; the last fish is at six o’clock swimming east. Impressive!

The Society’s first big flash happened very fortunately in December 1957 with a great staff of workers. It was a big undertaking for such a fledgling group to put on a film festival. It was not just an ordinary show-and-tell festival but one that mimicked the extravaganza of Cannes or Venice festivals with our venue of underwater photography. Fortunately, we had the backing of Skin Diver Magazine and the Los Angeles County Parks and Recreation Underwater Section. The festival was put on for some two hundred and fifty people in a West Hollywood Parks and Recreation facility. Al Tilman called it, “...one step above a neighborhood talent show, ” but it inspired new dreams. Few of the organizers and attendees of that first festival put on by the Underwater Photographic Society felt the hardness of the metal folding chairs or were annoyed by the neon sign blinking through the torn drapery on the side window. The Society and this festival were happenings that promised important achievement in the future.

The Society's purposes were: to exchange knowledge and information, to promote underwater photography, to provide practical group activity, to assist members in purchasing, maintenance and processing of photography supplies, to offer training experiences, to provide for display, recognition, and evaluation of members' efforts, to study advanced techniques and equipment.