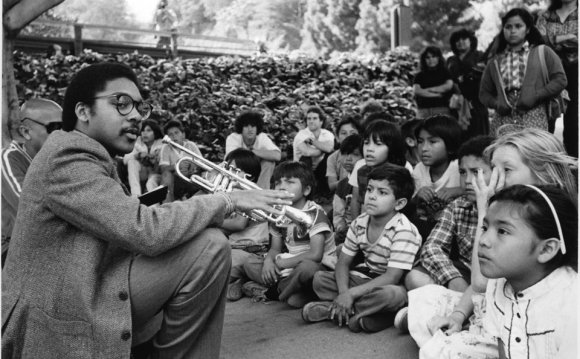 Daniel Gordon, “Silhouette”, 2010 Courtesy of the artist and the gallery

New Positions in American Photography, an exhibition about to launch at Brooklyn's Pioneer Works, is showcasing a new generation of American and Canadian photographers, all experimenting with the image in the age of advanced photographic technology and distribution. The collection represents a diverse range of work by artists such as Sara Vanderbeek, Kate Steciw, and Daniel Gordon, all united by a similarly investigative and critical approach to the exploration of the fundamentals of photographic art, in an attempt to reinvent the medium. Their work challenges and reassesses the role, value, and significance of photography in today's context, bringing into question how the image can be defined in a world where the photograph has such a rich history, alongside strong political and social connotations.

Harking back to the last 175 years of experimentation with representation through photography, alongside technological advancement of the medium itself, the works all comprise of decontextualised elements that refer to art history and archives. Using the same digital software that the exhibition is taking a critical approach to, the way that these elements are then reconstructed paves the way for a reinvention of the medium of art photography, layered and textured with history – yet anticipating and embracing it's future possibilities.

Ahead of its opening, Foam's Deputy Director of Artistic Affairs Marcel Feil talks to Dazed about the reinvention of the photographic medium, America’s unique history of experimenting with photography as an art form, and how recontextualising art can help us understand and reconfigure ourselves – and the world around us – with a new kind of visual literacy.

Why do you feel it's important to exhibit these new and emerging artists now?

Marcel Feil: Questions about the nature, meaning, and relevance of photography are highly relevant to the new generation of image makers. The need to reassess photography is leading to its reinvention in a totally transformed social and technological context, a reinvention that is mindful of almost 175 years of photographic history. The current position of photography has a lot in common with the earliest years of the medium. People are experimenting with new photographic techniques, methods and processes that have not fully crystallised yet, and demonstrating a mindset that is pleasingly non-conformist. This open-mindedness guarantees that there will be unexpected approaches and often surprising results, whether in a formal or aesthetic sense or with respect to content.

Marcel Feil: These artists share a certain investigative, critical and experimental approach towards the medium of photography. Although their work is visually diverse and difficult to characterise, there are some clear similarities between them. The final image is in almost all cases constructed, whether analogue or digital. There are often references to other techniques and media or use may be made of a multimedia approach, and analogue and digital techniques are played with, sometimes in a hybrid form. However, the visual result is translated into an image that is primarily photographic. Despite the emphasis on formalistic topics, thinking in processes, including production processes, and the ways the value of image and perception are determined are often linked to social criticism, especially criticism of the financial, economic, capitalist system.

Sara Cwynar, “Alphabet Stickers”, Gold NYT, 1979 Courtesy of the artist and the gallery

Why do you feel it is an important time now, socially and politically, to reassess the fundamental values and purpose of photography in the 21st century?

Marcel Feil: As a result of digitalisation and the way photographical material is distributed, used and appreciated on the internet and through social media, the traditional vocabulary of photography is no longer valid. Visual material is the prime source to inform ourselves about the world. The ability to establish a critical position towards photography is essential. This generation is searching for a new balance and where it will lead might not be as important as the journey itself. What is clear is that the use, value and significance of photography has reached an important transitional stage.

How have new digital photographic techniques and the way images are distributed and used in the media transformed and brought into question the role of the new generation of photographers?

Marcel Feil: Well, it totally transformed the traditional photographical practice for most, simply because their equipment has been digitised to such an extent. So it touches upon the production of images, and the way images can be changed and manipulated. In the past the digital tool kit was used in a good way when one was not able to recognise certain digital changes. In a sense this was a denial of the potential of the available software. It was primarily used to make itself invisible. Nowadays, more and more artists make full use of this potential, coming up with new kinds of aesthetics. Besides this, the presence and availability of visual material on the web/social media is also a huge source of inspiration. Some artists make full use of this material to not only create new images, but also to question the nature of photography, authenticity, and the importance of authorship. These are just a few characteristics that used to be intrinsically related to artistic practice and our traditional notion of art.

The photography of Gordon Parks - An American History in Milan